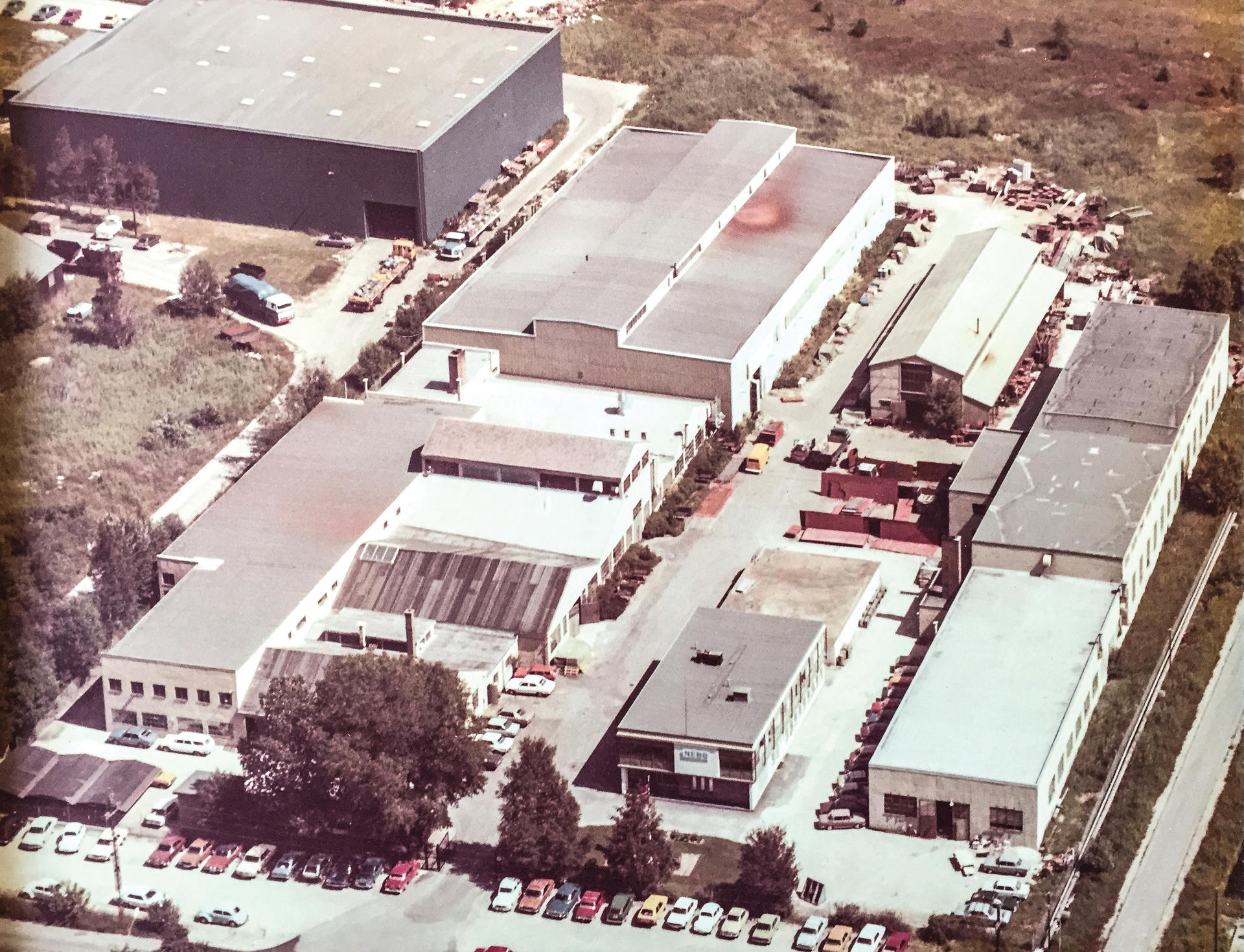 The first step for Stansefabrikken on its way to becoming a large industrial company was the acquisition of the ABB factory in Fredrikstad. The factory was a production department with fuse cabinets, other electrical cabinets and parts for ABB on the repertoire.

After Stansefabrikken bought the ABB factory it became an independent company and a sub supplier of sheet metal products; still with ABB as a large customer, and electrical cabinets as the main products. Since the company needed to grow and increase their turnover they also started making other products, such as baby prams and strollers for the Norwegian brand SIMO.
Later on when Stansefabrikken bought Nic. B. Sandberg, the production of mailboxes was moved to the factory. These mailboxes are still the main products of Stansefabrikken Home today.

During the first three years after the acquisition of the factory from ABB, all fuse cabinets and connected parts were sold by ABB to the wholesale companies in Norway. These cabinets were market leading in Norway, and since Stansefabrikken had also bought the ownership of the product, it was decided to start selling the fuse cabinets and parts directly to the Norwegian wholesale companies.
This was a success and is now one of the main reasons why we have the separate electro company; Stansefabrikken Products, which over the years have developed several new products and made sure that Stansefabrikken is a well-known brand in the electro market in Norway.

After both the mailbox and electrical cabinet production were transferred into separate sales companies and production was moved to Lithuania, it was decided to maintain Stansefabrikken Fredrikstad as a product development, prototype and small batch production company. Thus giving the Norwegian customers a unique possibility of having a partner close to them, and with the possibility for cost effective production in Lithuania when volume grows.

Previous Back to timeline Next

Jon Lilletunsvei 3
4879 Grimstad, Norway